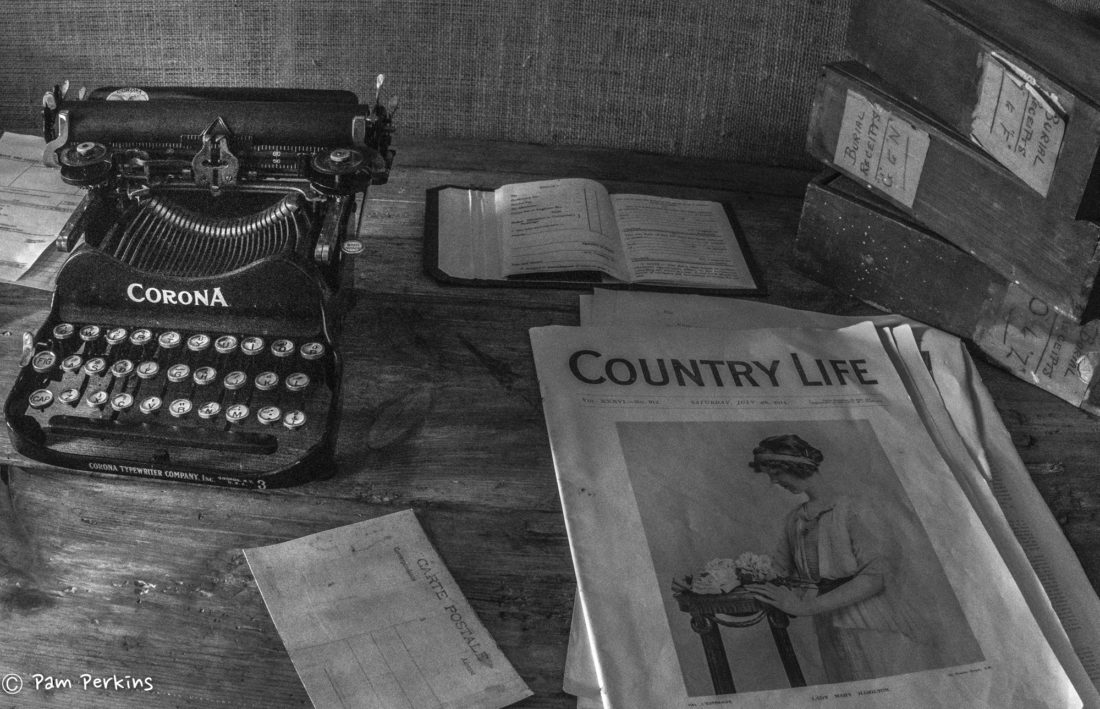 During my freshman year at boarding school, all members of the incoming class were told that, in order to graduate, we needed to complete a writing assignment called The Grandfather Theme. All I knew about my grandfather was that during the war, he fled his bombed-out village in Northern Greece and left behind a wife and five children, saying that when he found a safe place in America to settle, he would send for them, and he eventually did, but many years later. Since I had plenty of time to talk to my mother, do further research and write the story, I wasn’t too concerned about meeting the deadline. In those days watching American Bandstand and wearing some guy’s class ring around my neck were more important than worrying about a theme paper I had four years to complete. Not surprisingly, when the time came to turn in our writing project, I was woefully behind schedule. After watching my girlfriends three-hole punch and bind their masterpieces, I pulled an all nighter and concocted a story that Mom said would make Papou turn over in his grave. Nonetheless, I handed in the Grandfather Theme on time, got a B, and received my high school diploma.

In college I joined the staff of the school newspaper and learned the true meaning of a deadline. This time I took it more seriously than the year before. My first story was about a deliberately-set fire in my dorm room and how all the new clothes my mother had bought me for college were destroyed. After that sensation, most of the stories I wrote were about mundane things that happened on a small campus. As Stephen King wrote in his famous memoir, A newspaper writer I’d never be.

After moving to California, I documented my new life in the west in letters I typed to my family when, as a secretary, things were slow at work. Off and on over the years I kept handwritten journals, which I filled with tear-stained words about painful divorces and bitterness over sexist and nasty comments made by egregious male bosses. Years later when I reread some of those entries, I realized I seldom wrote about the joys in my life, like falling in love or being recognized for a job well done. Like many of us, journals were my catharsis during tough times long ago.

In one of my first positions out of college, I struggled to learn how to take weighty minutes of controversial meetings. After a nice promotion, writing assignments became more complex, but I enjoyed the responsibility of writing lofty letters of recommendation and extensive documentation justifying faculty tenure decisions.

When I became a university development officer, i.e. fundraiser, I blew way past my comfort zone and wrote strategy plans, solicitation proposals, and talking points for the university president to use when he asked a potential donor for a multi-million dollar gift.

When I retired, I missed the challenges and enjoyment of writing, so I engaged in a daily email exchange with a high school girlfriend that continues, but not every day. I also wrote unsolicited restaurant reviews on foodie websites and a Christmas letter which probably no one ever read. After traveling to a few exotic destinations, I thought maybe travel writing might be in my future, but that notion was quashed when I attended a travel writers’ conference and learned that you don’t just submit a prepared story. Instead, you make a very clever one-page pitch to a publication, and they will only get back to you if they find your topic of interest. Then they send you to the destination, and you write the story. This process seemed too business like for me, since I’d been making pitches for years as a fundraiser, and I didn’t want that kind of pressure in retirement.

I then enrolled in a creative writing class that seemed less daunting and more fun. The teacher suggested we write a story on a subject we knew well. For weeks I polished a 2500 word essay about how I fell apart when my marriage ended. Writing about love and all of its complicated endings was what I knew best and had years of journal entries to prove it. I liked my essay, so I was disappointed when my classmates told me it needed more work. After taking their criticisms to heart and implementing some of their suggestions, I boldly submitted my piece to The New York Times for its Modern Love column, but I wasn’t surprised when they turned me down. They only accept stories written by published authors.

In 2012 I created a blog site entitled Biker Chick Gone Crazy, which was a challenge but fun to design. While the blog’s only purpose was to document my 2000 mile bicycle ride up the Mississippi River, I had to leave the trip after four days on the road because of serious cervical disc issues, but after I came home and despite the pain, I continued to write. My pieces were emotionally charged — long sentences expressing anger about being sidelined after six months of intense training, and how much I hurt both physically and emotionally. My blog was beginning to sound like my journals where I lamented about things that were not going right. Then I came across something my friend Helen Page wrote in one of her own blog’s instructive posts — Stay away from feeling sorry for yourself. Don’t drown in self pity. Wow! She was definitely talking to me.

OK. I get it. I decided to stop whining and think about interesting stories to tell, but I knew it would take some time to develop my own voice because Helen told me so. At the time I really didn’t know what she meant. Business writing and creative writing are very different. Writing a story with a beginning, a middle and an end, while keeping the reader engaged, was a new outlet for me, and Biker Chick Gone Crazy provided that.

A good friend read one of my early posts and said something like Keep writing honestly like that and word of your blog will spread. I had no idea what he meant by Your blog will spread, but at the end of July 2017, when I retired Biker Chick Gone Crazy, my site had exceeded 57,000 page views. My hope is that my subscribers who received my posts as an email every time I wrote (usually monthly because I wanted my blog to be read and not deleted.) will submit their email addresses on this website and subscribe to my blog pamperkins.com. I also hope they will make comments and give me feedback because my new website is set up for readers to respond easily with only one tiny spam filter.

In April 2017 Quark Expeditions published my blog post on the amazing trip I took to Antarctica and introduced me as a guest author. A couple of years ago California Farmers Market published a piece I wrote on our local market, which is the fifth largest in California. Since my work has now been published, maybe I should dig up the 2008 story I submitted to Modern Love and see whether I receive a more positive response.  On the other hand, maybe I will publish it some time on my new website.  I will be curious how my readers respond

This story, first published on Biker Chick Gone Crazy in 2012, has been edited and revised for publication as my first blog on www.pamperkins.com.